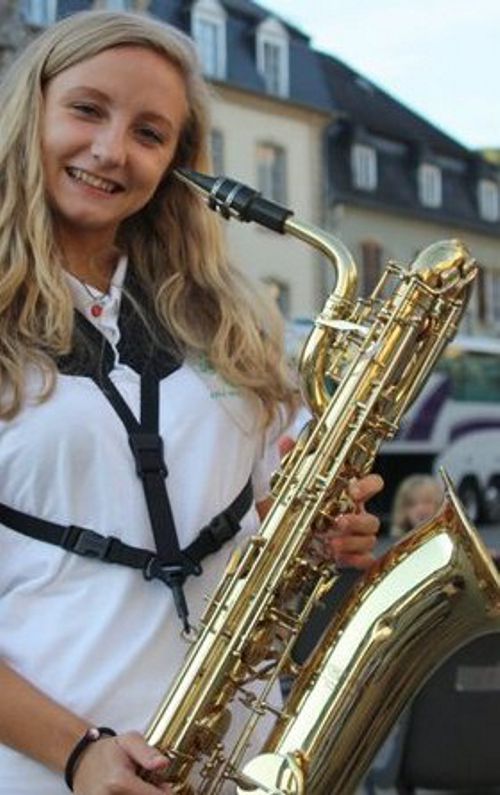 'A Fun, Inspiring and Intuitive Teacher'

Emma Gatens is principally a Jazz saxophonist having studied at the London Centre of Contemporary Music and at Leeds College of Music. During her time at the conservatoire, she was involved in a number of projects, most notably Leeds College of Music's first ever entirely student-run big band, of which she was a founding member. The Big Band has been very popular and successful, and has played in many venues around Leeds, including a ram-packed Sela Bar in Leeds, as well as internationally during its recent tour to Bruges, Belgium. Emma was also fortunate to participate in the LCM Contemporary Jazz Orchestra on two occasions, under the direction of Neil Yates and Richard Iles, both celebrated names in the UK Jazz scene.

Emma has been playing and teaching professionally for a number of years in Essex, Leeds, Spain and London. In the past she has toured France, Germany, and Luxembourg with a variety of bands, including the Essex Youth Jazz Orchestra led by Martin Hathaway and the OSA Big Band. With the EYJO, Emma played at the Barbican in London as part of the Essentially Ellington festival in association with Wynton Marsalis and the Jazz at Lincoln Center Orchestra.

Register for a free taster