Always looking to broaden his musical awareness, Peter has played in a variety of ensembles from Brass Bands to Jazz Combos, Orchestras to Big Bands and from Chamber Ensembles to Salsa Groups. He has always shown an interest in different genres of music and enjoys varying his repertoire. Although he loves to play all music, Peter's main passion is Jazz and he is currently studying for a Jazz BA at Leeds College of Music where he is receiving tuition from accomplished musicians including Jamil Sheriff, Kevin Holbrough and Sebastian De Krom. He is a committed member of a number of ensembles and also carries out freelance work including tuition and running his own ensembles.

Peter has been involved with a range of recording work, notably a recording of Stuart Wood's 'When I Move the World Moves Too' on which he played trombone and marimba. Studio work is something Peter has had a lot of experience with, especially during his time at Leeds College of Music, working alongside production students and fellow musicians as well as receiving tuition from Leeds College of Music tutors and Alumni from both Production and Jazz courses.

Composition & Arranging Arranging is one of Peter's main interests, starting by arranging tunes for small ensembles he used to play in, he has now started to arrange and write for larger ensembles including big bands and pit bands. Peter has worked with an acting group made up from students and post-grads at Oxford and Cambridge Universities for whom he has composed and directed music for shows which have been performed at the Edinburgh Fringe. 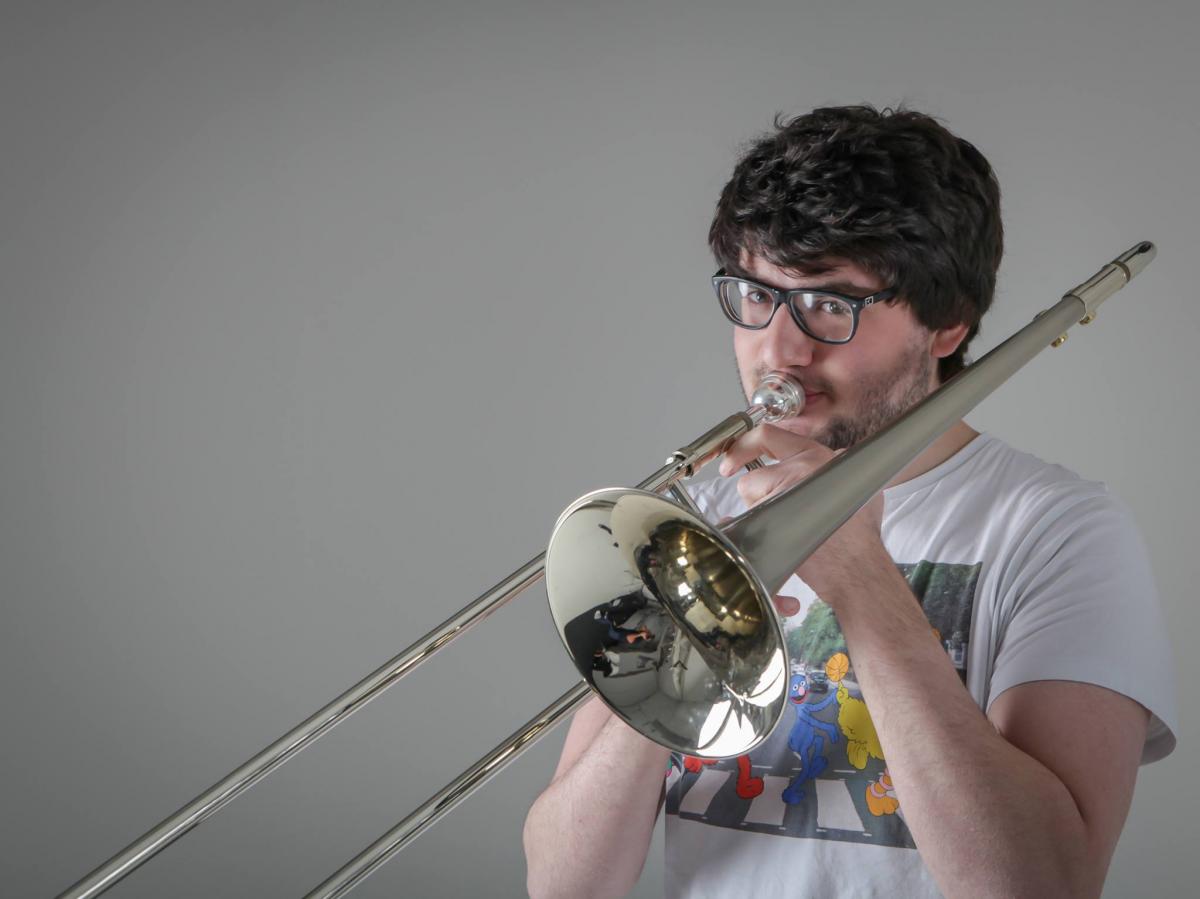