We caught up with Your Space Music Lessons online brass teacher and professional musician Chris Robertson in our series 'Teachers who Inspire'.  As an extremely self motivated and energised individual, Chris clearly likes to take every challenge to the max! 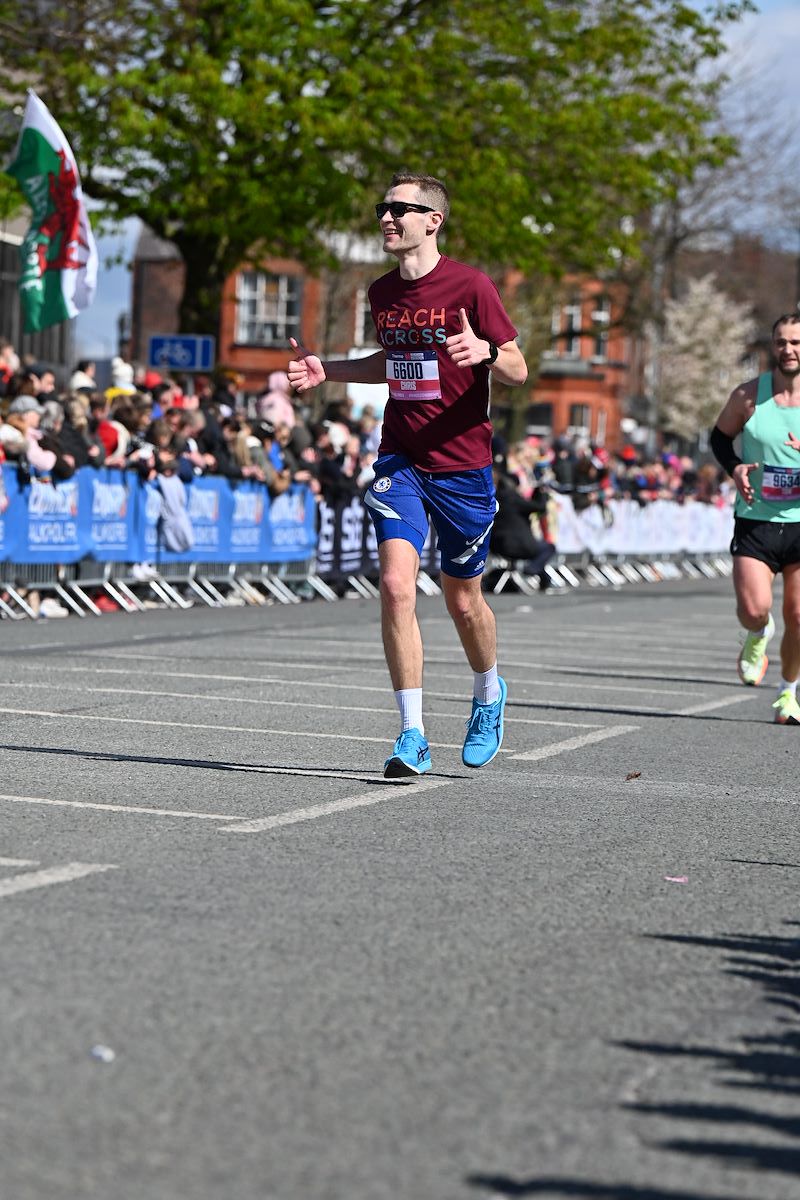 What age did you start playing a brass instrument?

‘I was 10 years old and in primary 6 at a Scottish school in Carnoustie. Before that I didn’t do much music, I went to Sunday school where I did some singing and bought a guitar but never played it.  But then a man came into my school, Michael Robertson, and asked if anyone wanted to play a brass instrument and then it was like a butterfly effect from that moment.  It is the greatest single thing that ever happened to me.’   What instrument did you start on? ‘I had really big gappy teeth back then so he said you’ll be on a big instrument and I’m like OK!  So I started on trombone but I was really small and I just couldn’t reach out to the bottom positions or easily fit the instrument together, there weren’t plastic trombones back then either.  I just didn’t get on with it so that went away and I got a baritone.  Then unfortunately the baritone got ruined by me and my Dad mistakenly putting cooking oil on the valves (as I heard that’s what I should do -  No!!).  After the baritone got broken I got a euphonium, although both my parents and I had never heard of a euphonium, but that’s been my instrument ever since.‘   What makes Euphonium so special? 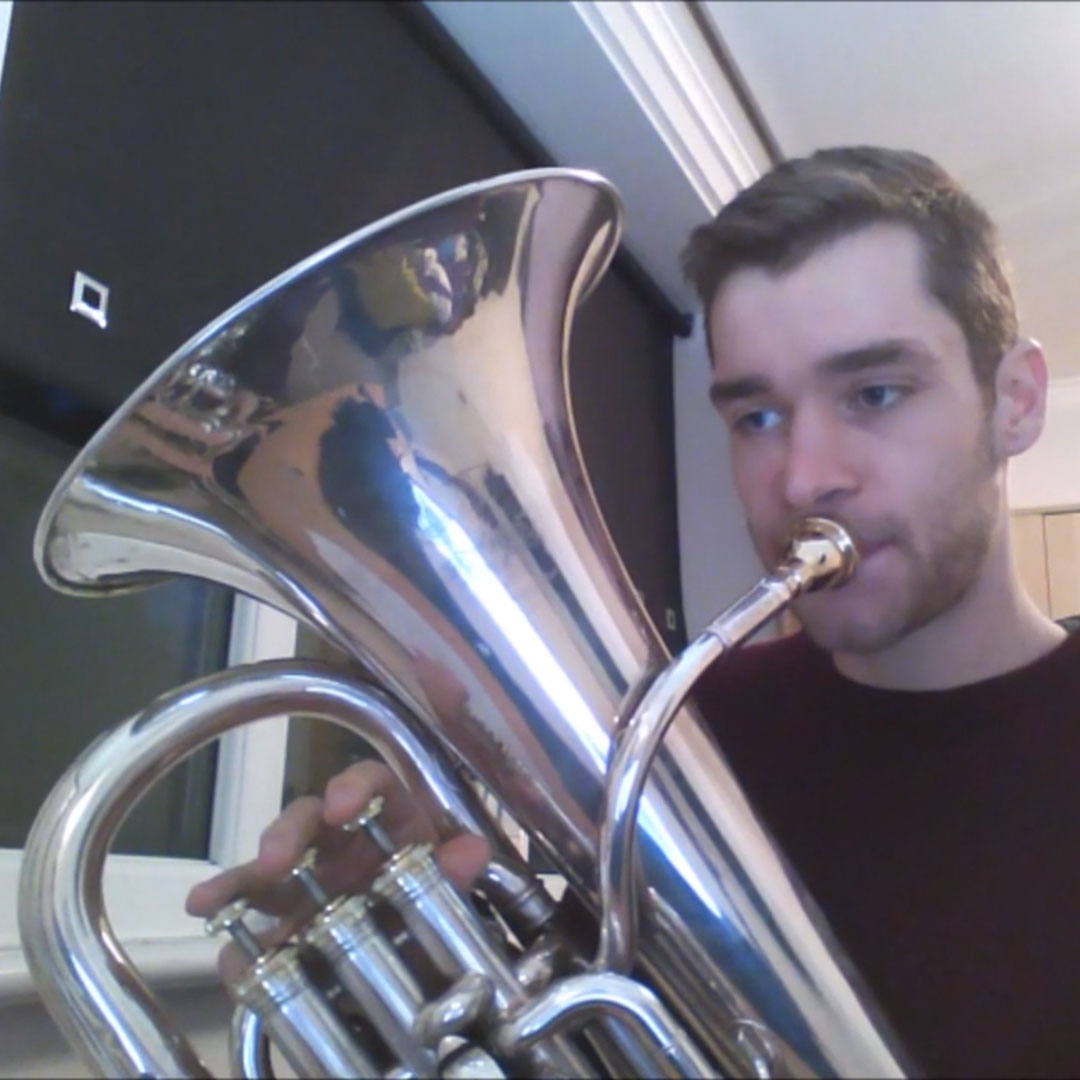 'Because it’s not hard to play the euphonium is probably the hardest part, alongside solo cornet, in terms of technique, range, solos, stamina, tonguing.  So to play the euphonium in a brass band you need to be a fairly good player.  In fact I had a student who played Euphonium to 2 years before moving onto a tuba, and it made me realise that a lot of people should do that because your reading of music is so much sharper.'   Was playing for the Brighouse and Rastrick band always a dream? 'It wasn’t always but the deeper I got into brass playing it became the dream.  I was never the best at school, there were always other kids better than me and that inspired me to improve and be like them.  My view is you can improve in anything and if you can, then why wouldn’t you want to?'   What was your best gig? 'I’ve done loads of good ones but I had a particularly memorable one with the Grimethorpe Colliery band where we played the film score for Brassed Off in the Royal Albert Hall in front of over 5000 people.  It had to be perfectly in sync with the film.  I played principal euphonium and it was my first gig with the band so that was an amazing concert.'   Can you bring those experiences from performing into the lessons? 'It’s just experience of knowing ‘why’ you are doing it not just ‘what’ to do.  If you’re doing it all the time it is very easy to forget why. For me that’s the most important element, you can learn these phrases, the notes and the rhythm but if you add the experience of playing in the Royal Albert Hall and understand what impact your music can make, it takes on a completely different feel.  Music is very powerful. '

Do you have any Practise Tips

'I like to use sports to make practising much more visual for my students and to show them that exercises in music are just the same as going to the gym and exercising muscles.  We need to exercise the finger and hand muscles or it’s the lips or the tongue, which is one of the most important muscles we use.  I suggest things like if you were going to fire an arrow and if you don’t pull the string back very much it won’t go far.  But if you pull it right back then it will fly and that’s like the breath and blowing a brass instrument. It all comes back round to ‘why am I doing this' and this helps to follow a positive mindset in practising.'   Outside of music what do you enjoy doing? 'At school I did a bit of sport but I was never the best, I was small and I could never run.  Then I came out of music college with a music college body (I think that’s an extra large!) and fell in love with steps and walking.  I have a real addictive personality so if I see results, I’ll keep doing it. I started walking and then I started running and I haven’t looked back. I have just completed my first marathon, the Manchester Marathon.  At the same time I switched to being a vegan which has been really good for me as I love cooking and eating.  Music, Running and Cooking are a perfect mix!' 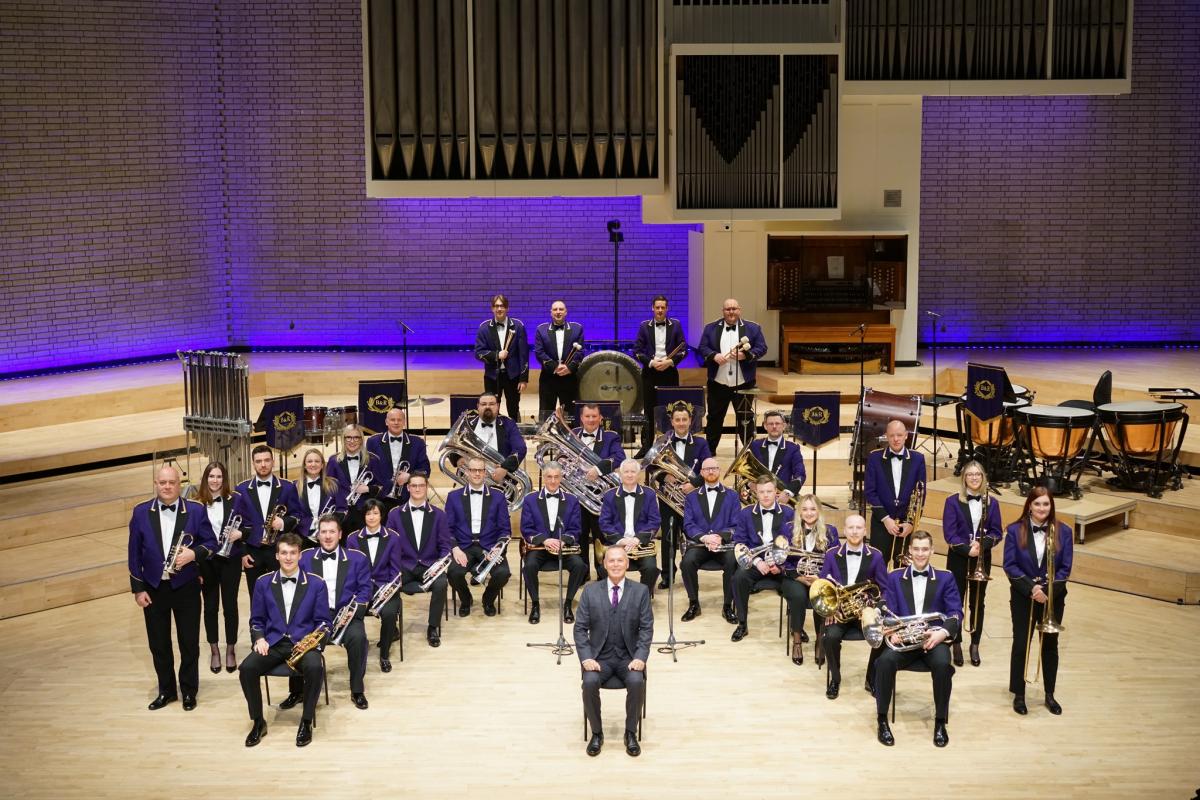